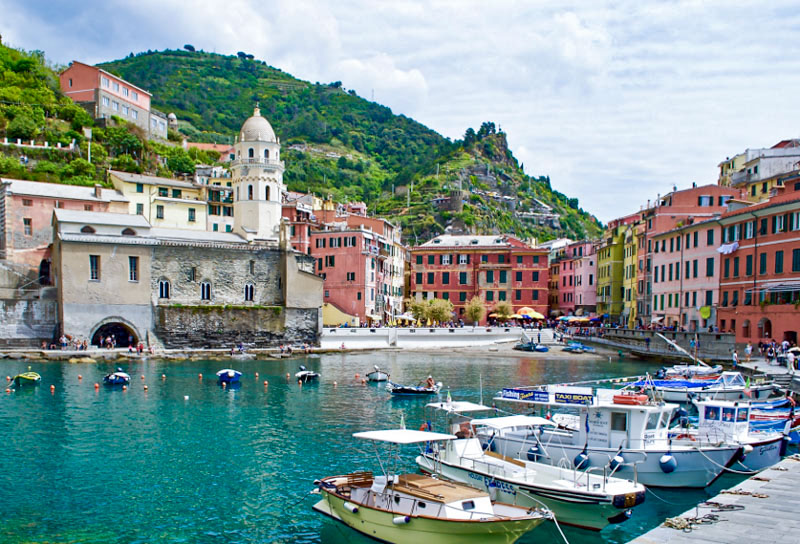 By far the most popular hike in Italy connects the 5 fishing villages of the Cinque Terre, along the coast of southern Liguria. Some parts of this trek might have “Easy” labels, but you still need to take them seriously. Climbers report how they mistakenly thought this was an easy stroll, then ended up exhausted, or worse, stuck.

The Cinque Terre region has finally clamped down on wrong footwear. Too many tourists have tried and failed to climb the challenging trek up in the hills that connect these five beautiful villages. And especially flip-flops are the reason why so many hikers have needed to be rescued, as it’s almost impossible to come down a steep path wearing these.

Cinque Terre’s authorities have started a public information campaign educating visitors about this issue and about proper hike preparation. Club Alpino Italiano has charged fines for rescues since April of 2019.  And this hugely popular region is preparing for an unprecedented rush of tourism. 750,000 cruise ships visitors are expected to land on its shores this season (2019), almost doubling the number from last year.

In conclusion, flip-flops are great fun and look good on the beach, but bring sturdy walking shoes or better yet, proper hiking boots for this trek. You also need plenty of water, sunscreen lotion and a wide brim hat.