The Guide highlights 130 restaurants and lifestyle sites across Italy.

(ANSA) – Rome, April 29 – A travel guide devoted to vegetarian and vegan restaurants as well as veg-friendly hotels across Italy is poised to make its debut. ‘Viaggia Vegan’, or Travel Vegan, is aimed at travelers who seek cuisine and lifestyle options by highlighting 130 sites, primarily restaurants.

Tour packages with veg-friendly itineraries are also included in the guide, which is published by Del Gallo Editore.
An initiative of non-profit organization Food Vibration, the travel guide was conceived for vegan foodies who often have a hard time finding satisfying meals other than salads or grilled vegetables when traveling.

“We have sought to meet the needs of those who want to get to know the sites and savor wine and food that is good, tasty and more ethical and we have considered it possible to idealize this culinary art by defining what stands for ‘superior’ gastronomy”, said Vittorio Curtarello, president of the Food Vibration organization. Curtarello said the guide also defines “which principles should inspire the preparation of dishes that are good, ethical and savory – concepts that become fundamental parameters for those aspiring to make the best local, organic, veg and eco-friendly meals”.

The new travel guide has won applause from top Italian chef Simone Salvini, who first worked under Pietro Leemann at Milan’s Michelin-starred vegan restaurant Joia before creating his own vegan place in Rome called Ops. “Those consulting or reading (the guide) can find a lot of information”, said Salvini, who was part of a recent show-cooking event in the Italian capital coinciding with the presentation of the guide. He prepared, among other things, a cube of ‘mayonnaise’ made from steamed hazelnuts. “We vegetarians are also curious and we want to discover not only tasty treats but also the beauty expressed by mother nature”, added the chef.

Among the 130 places listed in the guide is a bed and breakfast in Sardinia which only buys what it calls “cruely-free” products for guests. Most of the restaurants reviewed are in northern and central Italy although the number of vegan-friendly facilities is on the rise across the country. Still, vegan and vegetarian restaurants are primarily found in major Italian cities, so the travel guide suggests packages in selected hotels offering an all-vegan vacation.

Authors of the guide hope to update it annually with the goal of becoming an institution similar to eating advice guides such as the famous Michelin guides. 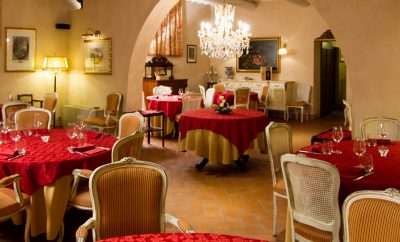 Ristorante Vita Nova
Vita Nova is a good restaurant in the Province of Arezzo, located in the countryside near Castiglion Fiorentino. With a nicely furnished spacious restaurant and ...
Jun 28, 2017 , 0 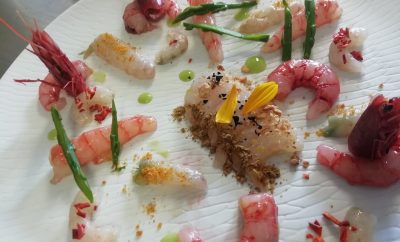